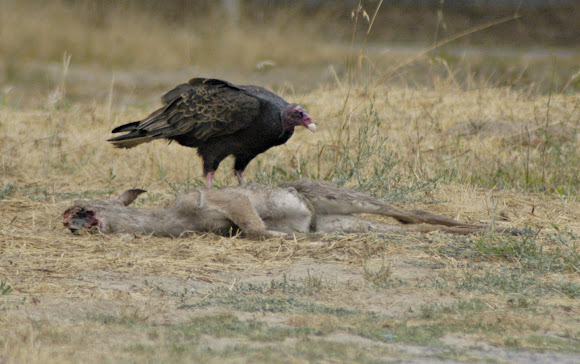 The Turkey Vulture is a bird found throughout most of the Americas. It is also known in some North American regions as the turkey buzzard, and in some areas of the Caribbean as the John crow or carrion crow. The Vulture was once considered a raptor, and still is to some extent, but because they do not hunt and also do not have talons, but instead flat feet, they are not considered true raptors.

i was lucky to get such a good spotting! its a little gruesome so if u have a queezy stomach: look away! :p probably too late.