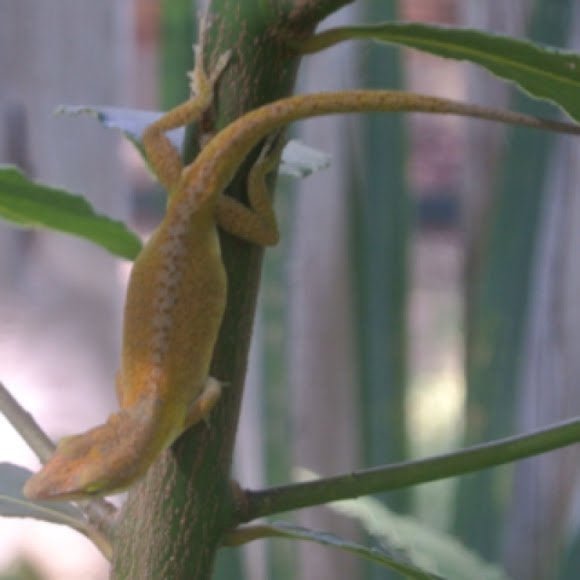 The Carolina anole (Anolis carolinensis) is an arboreal lizard found primarily in the southeastern United States and some Caribbean islands. Other common names include the green anole, American anole and red-throated anole. It is sometimes referred to as the American chameleon due to its color-changing abilities; however, many lizards are capable of this, and anoles are not true chameleons.

Good Demo of the coloration changes!