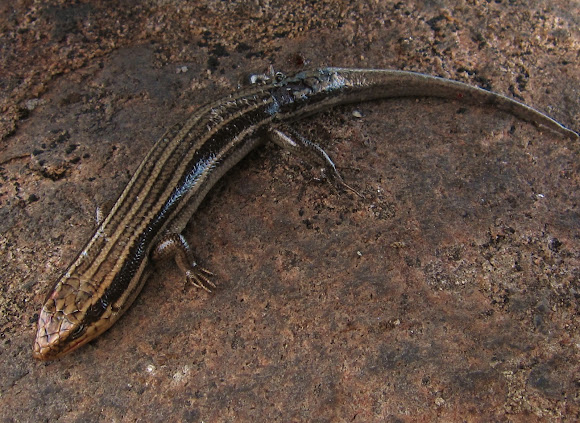 Five-lined Skink is one of the most common lizards in the eastern U.S. and one of the seven species of lizards in Canada and the only lizard in the province of Ontario.

Five-lined Skinks are ground-dwelling animals. They prefer moist, partially wooded habitat that provides ample cover or inside walls of buildings as well as sites to bask in the sun. They can also be found in broken, rocky areas at the northern edge of their habitat.

I found this Skink in Ontario two hours north east of Toronto under a rock .

Nice spotting, these are our only lizards in Ontario, and considered at 'risk'.. Great find!