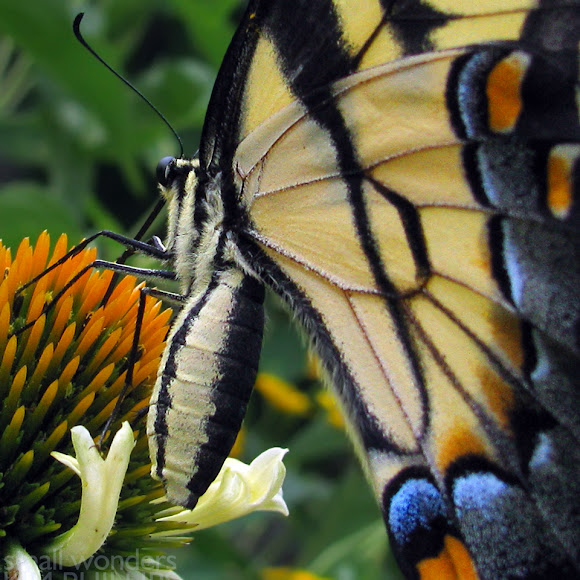 The Eastern Tiger Swallowtail is native to North America. Females are dimorphic. The yellow morph differs from the male in having a blue postmedian area on the dorsal hind wing. In the dark morph, the areas that are normally yellow are replaced with dark gray or black. Adults are known to fly high above the ground, usually seen above the tree canopy. Adults also feed on the nectar of many species of flowers, but prefer to nectar on sturdy plants with red or pink flowers.

The pic #2 is absolutely stunning!