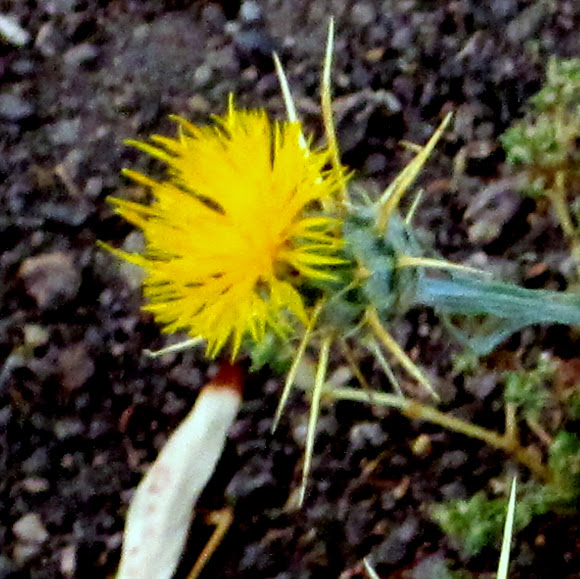 The introduction of Centaurea solstitialis, Yellow Star-thistle, in North America probably occurred in California sometime after the start of the California Gold Rush, as a fodder seed contaminant in imported Chilean-harvested Alfalfa seed, also known as Chilean Clover (Trifolium macraei).[4] Yellow star-thistle was dispersed into agricultural fields in California, and immediately took hold in the state's Mediterranean-type climate areas. Human factors such as mowing, land grading for development and roads, domestic animal grazing, and disturbance of the soil surface for agricultural tillage and wildland firebreaks have and continue to contribute to the successful thriving and spread of this plant. Yellow starthistle is now a very common sight in vacant lots and fields, along roadsides and trails,in pastures and ranch lands, and in parks, open-space preserves and natural areas