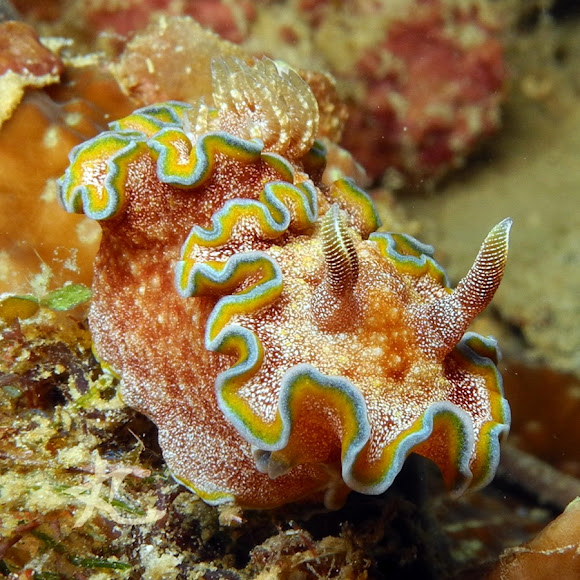 The lumpy body of G. cincta is fleshy and oval. Its dorsum, gills, rhinophores and foot are reddish or brownish, mottled, with a white-and-yellow coloration along the dorsal midline. The whole body is covered in white speckles. Its frilly mantle is outlined by a bluish (or sometimes black) band, along with a yellow submarginal band. Its rhinophores are lamellate. It feeds on sponges and grows to a length of about 6cm.

Spotted this stunning nudibranch in 23m of water, at a dive site called Chesca Garden, Talikud Island. Its "tail" was perched on something while the rest of its body was hovering over a coral head -- it looked as if it was trying to cross, but was getting irritated by the intervening coral's surface. It measured about 5cm long.