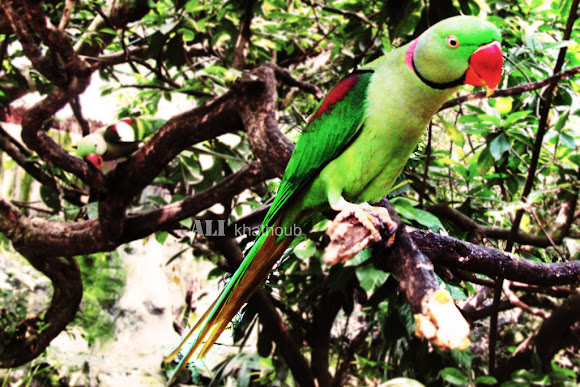 The Rose-ringed Parakeet (Psittacula krameri), also known as the Ring-necked Parakeet, is a gregarious tropical Afro-Asian parakeet species that has an extremely large range. Since the trend of the population appears to be increasing, the species has been evaluated as Least Concern by IUCN in 2009.