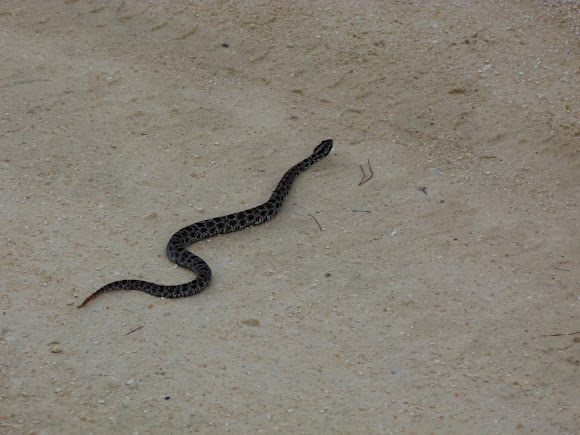 The pigmy is a small thick rattle snake with a tiny rattle that can be difficult to hear. They average in size from about 12-24 inches. They have a reddish brown strip along the back that is broken up by dark spots. They also have dark spots along their sides. Like other pit vipers, they have a triangular shaped head, cat-like pupils and a facial pit between the eyes and nose. They feed mostly on mice, lizards and frogs. The bite can be very painful but rarely life threatening to humans.

Common in lowland pine flatwoods, prairies, around lakes and ponds, and along the borders of many freshwater marshes and cypress swamps.

Also called a ground rattler. There are three subspecies of pigmy rattle snake. This one is probably the dusky pigmy rattle snake which is the most common venomous snake in Florida. They can be active both day and night.