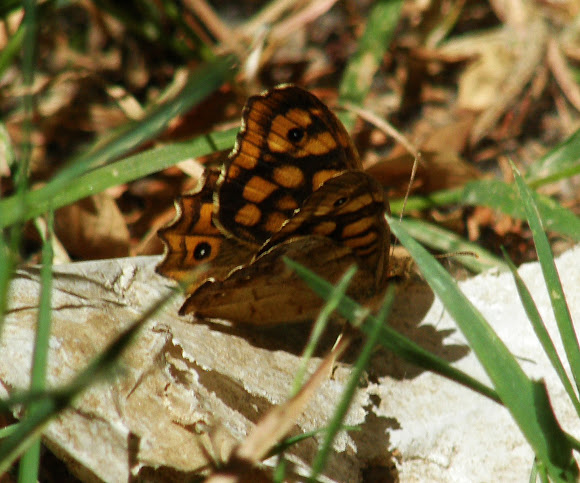 In southwestern Europe and North Africa the subspecies P. a. aegeria has a colour which is more orange in the background; the hindwing underside eyespots are reddish brown rather than black or dark gray. Females have brighter and more distinct markings than males. The wingspan of both males and females is 4–4.5 cm, although males tend to be slightly smaller than females. Males are highly territorial and will defend their territory against intruding males. Two basic strategies exist for finding females: some males will vigorously defend a perch and the immediate surroundings, waiting for females to pass by; others will patrol a larger territory.

Woods and bushes. This one found near the riverside, in the city.