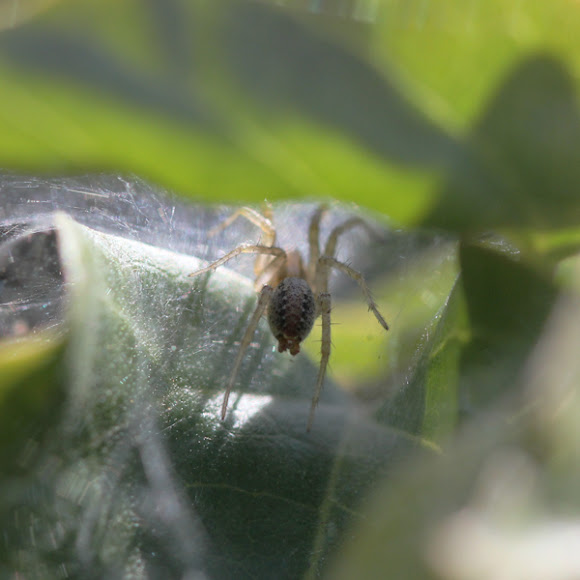 "Funnel weaver" spiders are named for the shape of their webs. In North America alone, there are 85 species! All are quick and shy, with long legs designed for sprinting. They also all have large spinnerets. Eye arrangement can be used to help classify a member of this family. This example may be an "American grass spider" (gen: Agelenopsis), but without a clear view of the eyes, I don't want to state it as fact.

Varies, depending on species. Leaf litter, grasses, and low shrubs are common. Some species live in caves. This spider was spotted nesting atop a trimmed bougainvillea shrub. Funnel weaver webs are easily identified. Each web is a small, smooth horizontal sheet with a funnel set slightly off-center. The funnel is where the spider hides.

This spider was spotted at Hilltop Park in Signal Hill, CA. None of the North American species of this family are dangerous to humans. The Australian "funnel web" spider is actually unrelated to both the New and Old World groups.