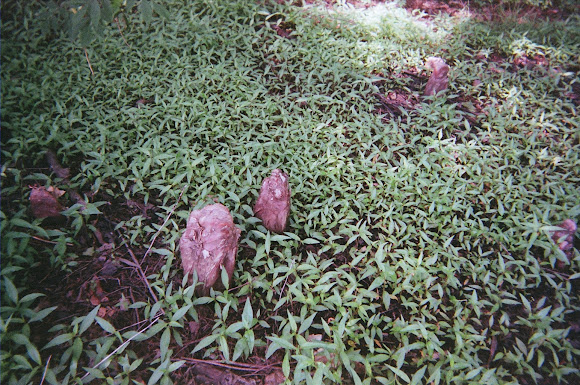 I saw this at the Bayard Cutting Aroboretum on Long Island, NY. At first I thought it might be a fungus, but then after I ran out of film, I began to think that perhaps it was part of the root of a nearby tree, but since I was out of film I couldn't take a picture of the tree. In some places there were many many of these strange brown lumps. They were probably around six inches high.