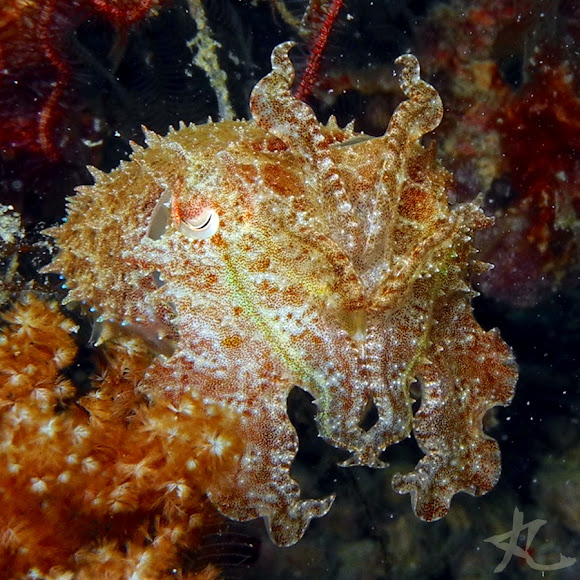 Also known as Stumpy Cuttlefish and Dwarf Cuttlefish, S. bandensis reaches only 7cm in mantle length (meaning, the measurement does not include the animal's arms).

Sepia bandensis lives in the shallow coastal waters of the Philippines and Indonesia, and probably also on the northern coast of Australia and the Marshall Islands. It is common in coral reef and sandy coastal habitats, usually in association with sea cucumbers and sea stars.

The photos depict the cuttlefish in different states of agitation: the first being the angriest. Spotted this during a night dive at Dayang Beach, Talikud Island, in about 12m of water.