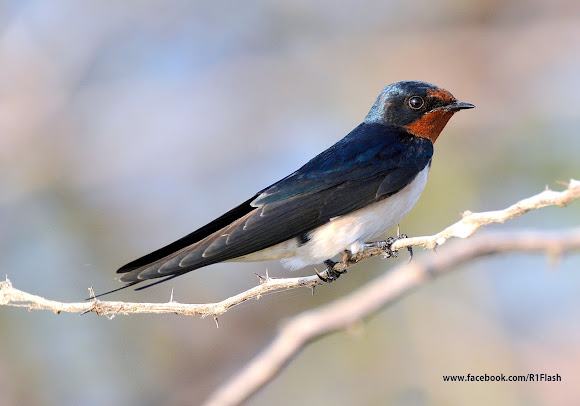 The barn swallow is the most widespread species of swallow in the world.Its a small bird with steel-blue coloured upperparts, white underparts and a rufous-chestnut forehead, chin and throat. A well-defined blue breast-band, and long outer tail feathers help distinguish the species. Sexes are similar but females lack the length in tail streamers (tail feathers are forked in both sexes), and the white markings on outer tail feathers are also shorter. Juveniles generally have duller colouration than adults .

The Barn Swallow utilises open country with water or low moist green vegetation, such as pastures and farm crops, near margins of wetlands and human settlements. The species usually avoids densely populated areas