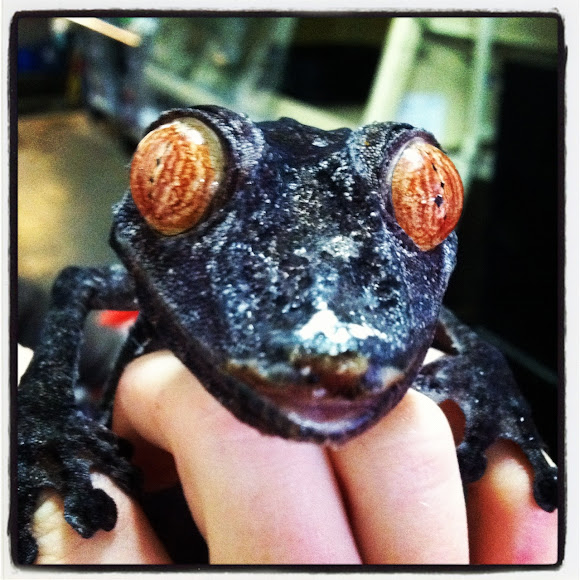 Considered Least Concern by IUCN. This leaf-tailed gecko is endemic to Madagascar where it has been recorded from lowland sites in the east, from Nosy Mangabe at the northern extent of its range to the south of the island (Glaw and Vences 2007).It is not clear whether the species ever occurred further south than Vondrozo as a report of this lizard from Eminiminy, outside Andohahela in the far south, is based on an unverified historical record (F. Glaw pers. comm. January 2011). It has been found at elevations between sea level and 800 m (Raselimanana et al. 2000, Raxworthy and Nussbaum 1994). This lizard's extent of occurrence is considered to be 88,391 km², although the extent of surviving forest habitat within this area is only around 7,500 km².

During the day this nocturnal gecko rests, with its body flattened, on tree trunks in relatively intact humid forest (Glaw and Vences 2007). It may be able to survive in lightly degraded forest affected by logging or grazing, but as an arboreal species it is unable to survive the complete removal of forest vegetation.

Won't win a beauty contest but what an interesting face!