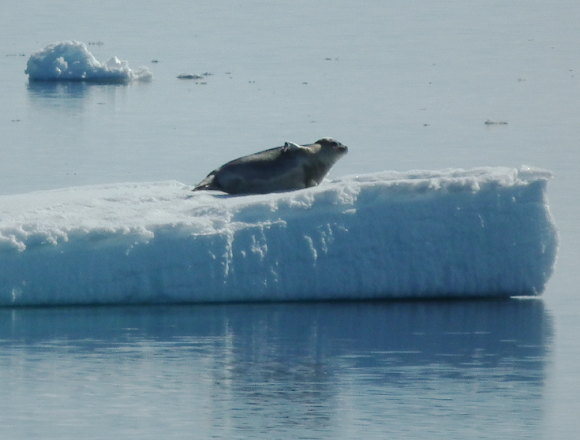 A small seal that is common in the Arctic and sub-Arctic regions. They are very blubbery and serve as an important food source for polar bears, but are also preyed on by Arctic foxes and glaucous gulls on land, and orcas and Greenland sharks in the water. They are solitary animals and don't form colonies like some species of seal do. We saw them when hauled out on the ice, or in this case, floating past on an ice raft!

They are distributed throughout the Arctic, though have been found as far south as Newfoundland, Canada.

We saw a few seals from a distance hauled out on the sea ice, but this guy floated past us one morning. He rolled around a few times, and then looked wistfully out to the horizon...