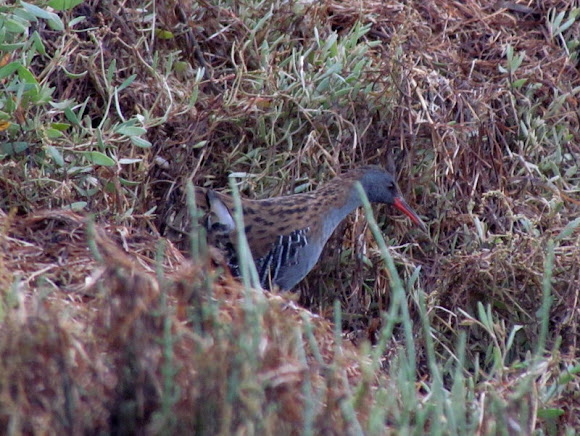 I kept spotting a bird while out running, and at first thought it was a moorhen, but the colouring was wrong. I later identified it as a water rail and today managed to get photos of it - in the future, I hope to get better photos! :)