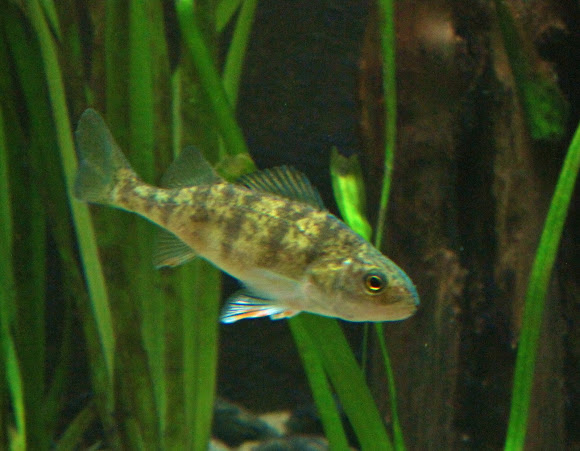 Yellow perch Perca flavescens is native to North America in the northern region east of the continental divide.

They are commonly found in the littoral zones of both large and small lakes, but also inhabit slow-moving rivers and streams, brackish waters, and ponds. Yellow perch commonly reside in shallow water, but are occasionally found deeper than 15 meters or on the bottom.

This picture was taken at the Shedd Aquarium in Chicago, Illinois.