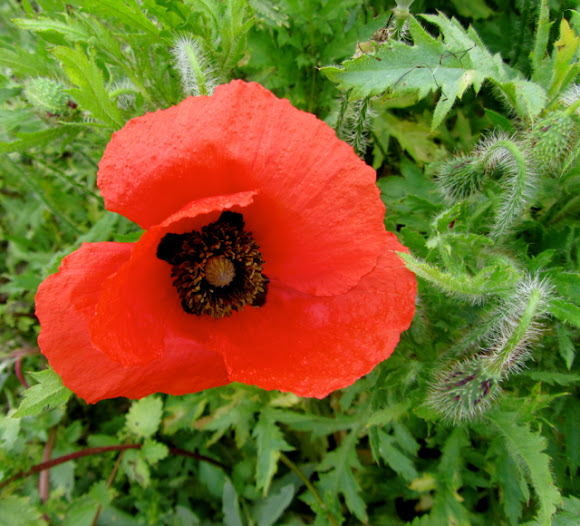 The plant is a variable annual, forming a long-lived soil seed bank that can germinate when the soil is disturbed. In the northern hemisphere it generally flowers in late spring, but if the weather is warm enough other flowers frequently appear at the beginning of autumn. The flower is large and showy, with four petals that are vivid red, most commonly with a black spot at their base. Like many other species of Papaver, it exudes a white latex when the tissues are broken. (Wikipedia)