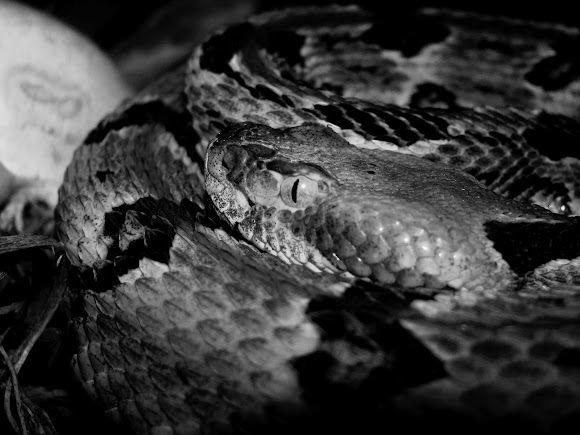 The canebrake rattlesnake is a coastal variation of the timber rattlesnake. Canebrakes are differentiated by a pink to rust colored striped that follows the middle of the back of the length of the snake. Although canebrakes are not considered a valid subspecies of the timber, many feel that they should be. An interesting fact with the C. horridus is there is variation in venom toxicity. Depending on the range their are some venom variations that have a more neurotoxic component while others are more hemotoxic and some are relatively weak. These, arguably, can deliver one of the worst bites of any venomous snake in the U.S.

C. horridus have a very large range from the mountainous regions of tennessee to the sandhill areas of the southeast coast.

The specimen pictured was a horridus that was kept at a nature center I worked at as my first job. The southeastern variations of canebrakes are, in my opnion, some of the best looking in the country. Some can have an overall pink coloration which can't be beat.