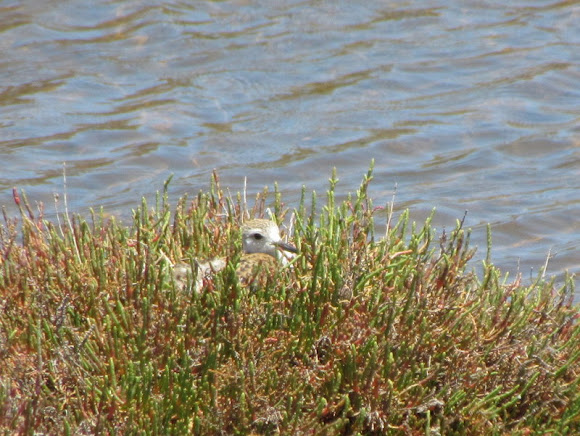 This young black-winged stilt has a shorter bill than the adult, and where the plumage is black on the adult, on the juvenile it is grey. Also proportionately smaller, and the legs are grey instead of orange-red.

The first photo was taken 7th July 2012, where the juvenile was with an adult, but didn't move into the water (see spotting http://www.projectnoah.org/spottings/128...). The other photos were taken a week later in exactly the same place.