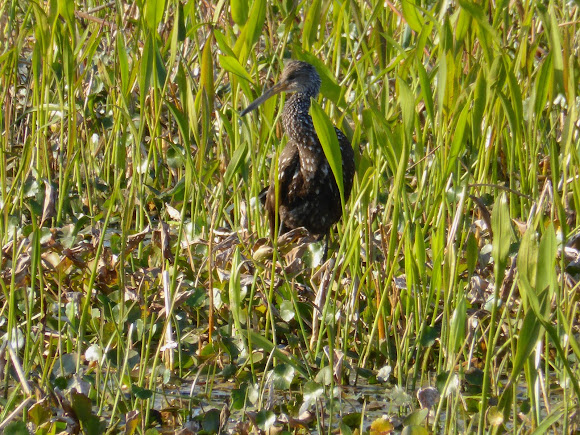 The Limpkin's bill is uniquely adapted to foraging on apple snails. The closed bill has a gap just before the tip that makes the bill act like tweezers. The tip itself is often curved slightly to the right so it can be slipped into the right-handed chamber of the snail. They eat Apple snails (Pomacea sp.) and freshwater mussels.

Yes, I found that interesting...this one's beak seems slimmer. The beak of the Openbeak stork is more robust looking. PN shows us so many new things.

That is interesting because their bills look so different but are both adapted for eating snails.

Oh! Like the Asian Openbill Stork's bill : http://www.projectnoah.org/spottings/128...
The Limpkin is a new species for me...but how interesting that it likes apple snails as much as our Openbill storks do. Thanks for sharing.