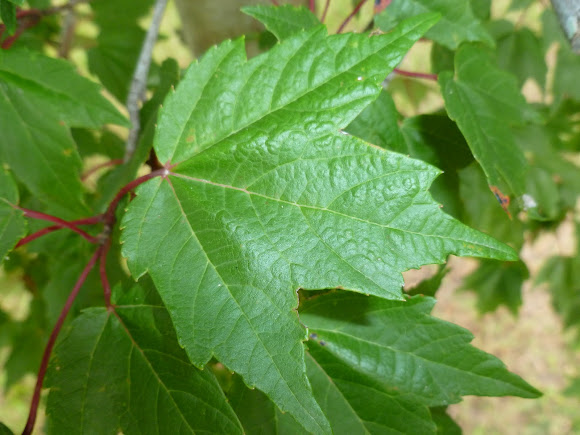 Leaves are opposite, simple and quite variable in size. They can have three or five shallow lobes with serrated margins. The upper leaf surface is green and the lower surface is usually a grayish white. It produces a two winged fruit called a samara. The fruit, petioles, central leaf vein and flowers are most often red. Some of the characteristics of red maple change as it matures. It has thin, smooth, light gray bark when it is small. A larger red maple can have thicker grayish-brown flaky bark.

Very abundant in wet areas and moist woods throughout Florida.

Red maple has some value for maple syrup production, but most often is used as an urban shade tree. Pioneers used the tannin extracted from the tree to make dyes and ink for linens, shoes and hats. It is also called the scarlet or swamp maple. The leaves of red maple, especially when dead or wilted, are extremely toxic to horses.