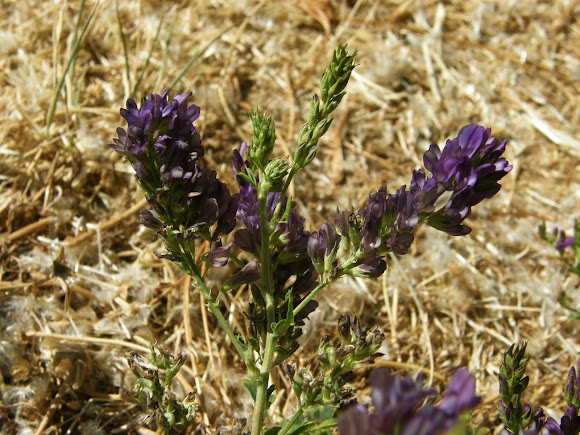 The English name is adopted from the Spanish, originally alfalfez, which in turn is derived from the Arabic al-fisfisa "fresh fodder". It superficially resembles clover, with clusters of small purple flowers followed by fruits spiralled in 2 to 3 turns containing 10-20 seeds. Alfalfa is a perennial forage legume which normally lives 4–8 years, but can live more than twenty years, depending on variety and climate.

It is most often harvested as hay, but can also be made into silage, grazed, or fed as greenchop. Alfalfa usually has the highest feeding value of all common hay crops. It is used less frequently as pasture