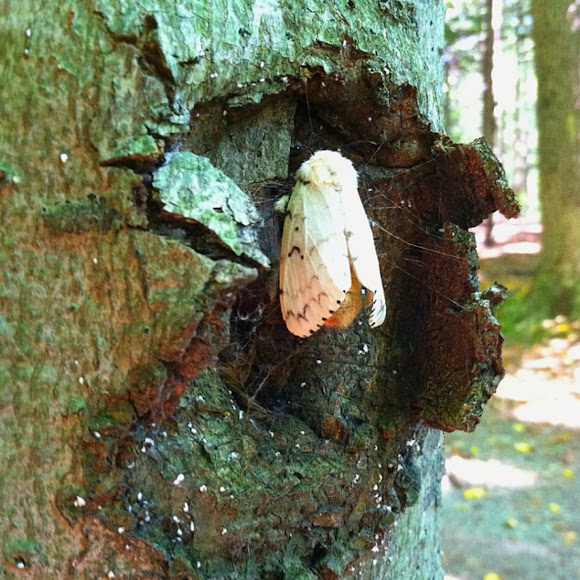 The Gypsy Moth is native to Europe, Asia and North Africa. In 1869 a scientist in Medford, Massachusetts, introduced the European strain of the gypsy moth into the United States. He wanted to breed them with other moths and develop a new strain of silk-producing caterpillars. The experiment failed and some of the caterpillars escaped, finding this new country to their liking because of its adequate food supply and few natural enemies. Since then, Gypsy Moths have spread through the northeastern states, North Carolina, Washington and California affecting over 19 states. Gypsy Moth defoliates millions of acres of woodlands each year.