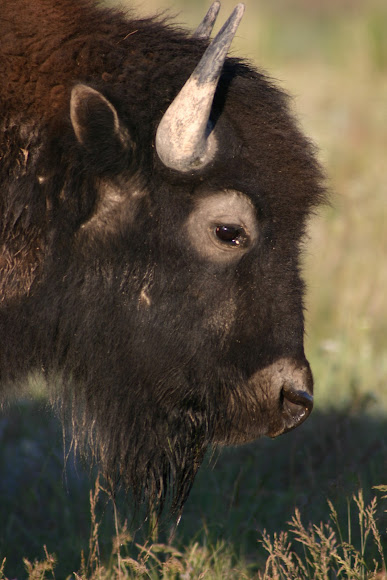 Weighing 2000 pounds, The American Bison is the largest terrestrial animal in the United States. These sure footed animals can move at 35 mph!

Bison once inhabited the North American plains and numbered in the millions. Today they are confined to a few national parks and other small wildlife areas. Yellowstone National Park has the largest population of free-roaming plains bison.

Bison have such insulated coats, that a their body heat will not melt the snow off of their back.