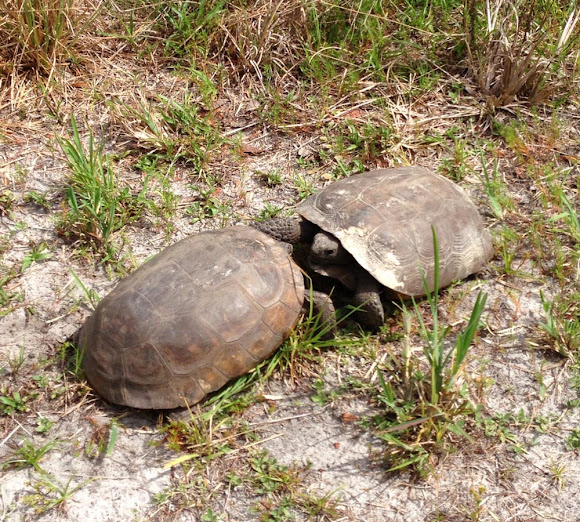 Two male Gopher Tortoises doing battle for what is presumably territory. Neither one got flipped over in this battle. One ran off; and a few moments later the opponent noticed me taking photos and took off in the same direction and path as his opponent.

The battle took place at a County nature Preserve along the edge of the exit road with total disregard by the combatants of vehicles. The area was primarily a pine sand hill area with numerous Saw Palmettos and scattered Slash Pine trees with some Scrub Oak mixed in.