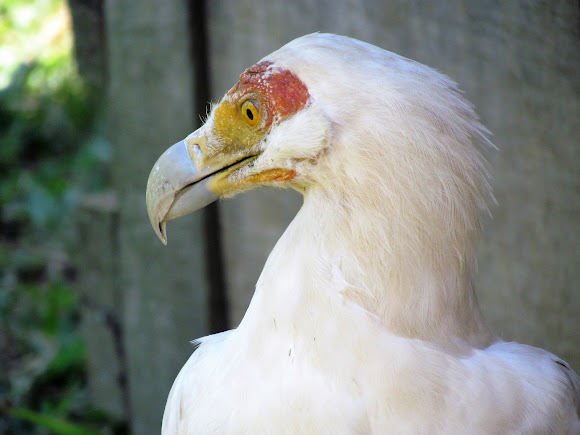 Originally, I classified this spotting as "Pet". Odd as it may sound, but this gorgeous Palm-nut vulture was really a somebody's pet (how far would human stupidity go????). It was named "Mignon", or a "Cutie" in french, and it lived in a basement of a hotel I was staying for a month in Kindu, Maniema province of Congo - apparently very far from its natural habitat. I never learned his story (stolen? bought? wounded and then saved?); but the poor bird could not fly away - I guess it's flying feathers were trimmed... It walked around the garden freely, was regularly fed, but... For the funny story; I was not warned about him, and one afternoon I just sat in the garden enjoying my beer... I leave you to imagine my reaction when Mignon cooly walked out of his basement.