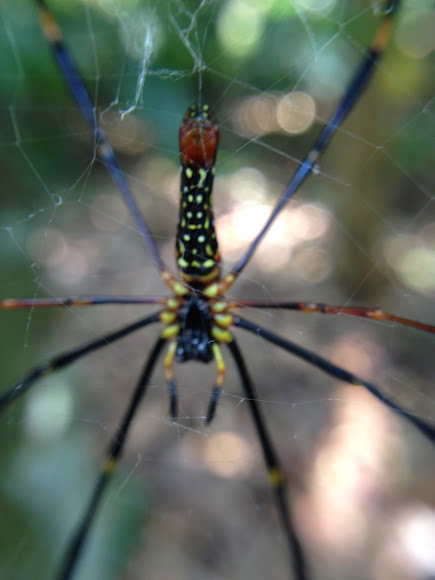 This spider was truly amazing. It had two short black legs up front then, longer black legs, then reddish ones, and then blue ones. It had a black and yellow spotted abdomen, with a red ball like tip. It also had yellow-ish prongs coming off its head. When this spider moves, it is very slow, and it moves, two paralell legs at the same time. This spider was about 9cm from front legs to back legs.

This spider had a huge web, in between two trees.

This was the only good picture I could get of this spider. Please note this is the underside of the spider. The front was black. There was one large spider, and two tiny (1cm) red spiders on the web. Im guessing the large one was the female, and the two tiny red spiders were males.