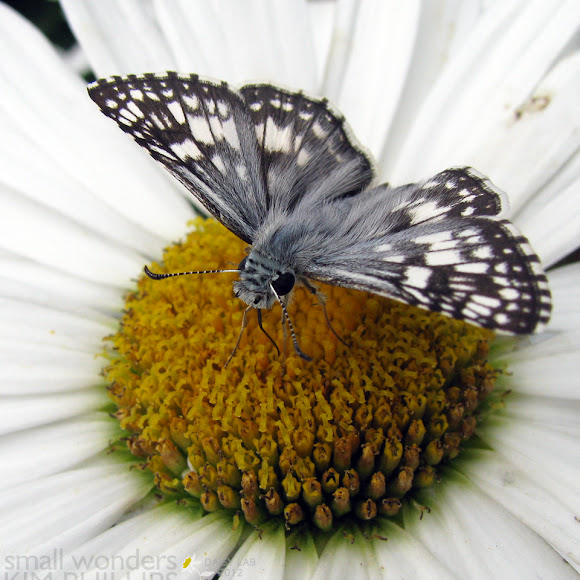 Observed on Shasta Daisy (Leucanthemum x superbum). Skippers are important pollinators and their presence is indicative of a healthy ecosystem, as they are sensitive to pesticides and toxins.

@Small Wonders: I love all of your photos--can you tell what type of camera you use?