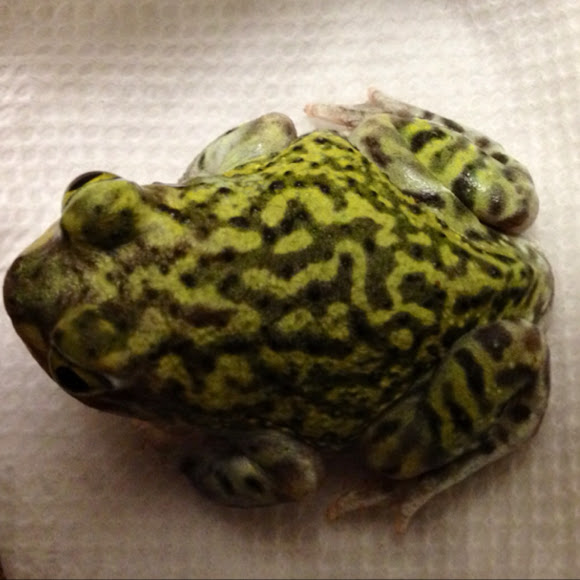 Unlike other toads which have horizontal pupils, spadefoot toads have vertical pupils. On the underside of the hind foot, there is a hard, dark "spade" that gives spadefoot toads their name. These creatures can get to be 3.5" in length. These "spades" are used by the toads to burrow into the ground to prevent water loss and hide from predators. There are two spadefoot species in the Sonoran Desert of Arizona and California. Couch's Spadefoot toad (Scaphiopus couchi) has a sickleshaped "spade", whereas the Western spadefoot toad (Spea hammondii) has a rounded "spade". Spadefoots are not true toads and should therefore simply be called spadefoots.

Couch's Spadefoot Toad is native to the southwestern United States, northern Mexico, and the Baja peninsula. They can be found throughout the Sonoran Desert, which includes parts of southern Arizona and California.

This little guy has been visiting my front porch several nights in a row. I decided to photograph and video him in order to document him. He was released, unharmed back where he was found.