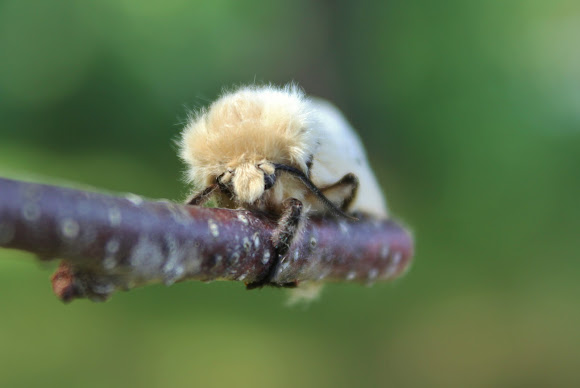 Originally ranging from Europe to Asia, it was introduced to North America in the late 1860s and has been expanding its range ever since. This species is able to travel by attaching itself to various objects, and is considered the most significant tree defoliator in North America

When I found this moth it was laying its eggs and when I picked it up on a branch it didn't fly away. Later, I learned that female Gypsy Moths can't fly.