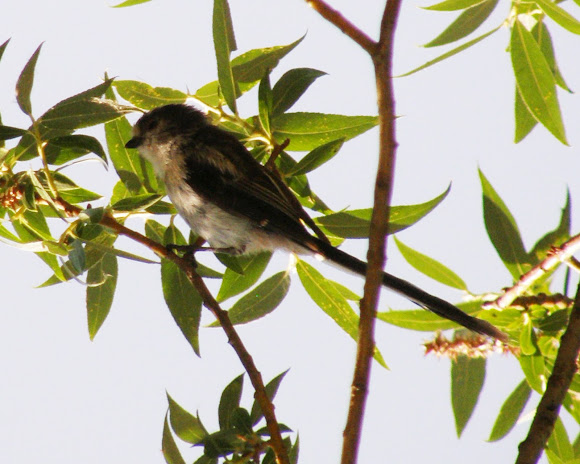 Tiny (at only 13–15 cm in length, including its 7–9 cm tail), round-bodied tit with a short, stubby bill and a very long, narrow tail. The sexes look the same and young birds undergo a complete moult to adult plumage before the first winter. The plumage is mainly black and white, with variable amounts of grey and pink. They often hung on branches upside down (the first pic has been turned to better show the bird).

The Long-tailed Tit is globally widespread throughout temperate northern Europe and Asia, into boreal Scandinavia and south into the Mediterranean zone. It inhabits deciduous and mixed woodland with a well-developed shrub layer, favouring edge habitats. It can also be found in scrub, heathland with scattered trees, bushes and hedges, in farmland and riverine woodland, parks and gardens.