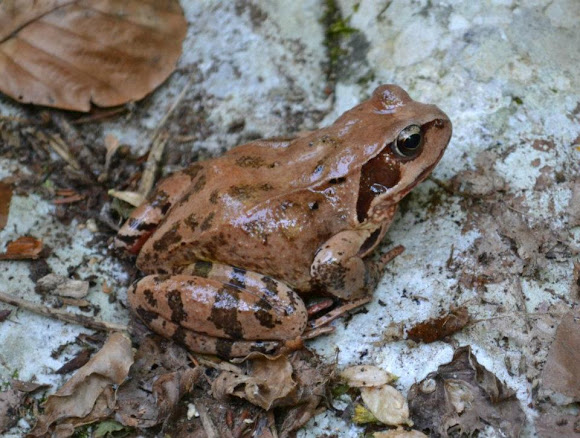 Its bones were clearly visible from the underside of its back legs. This was one of the largest Common frogs I've seen.

Rocks at a small forest river.

The common frog is listed as a species of Least Concern on the IUCN Redlist of Threatened Species.