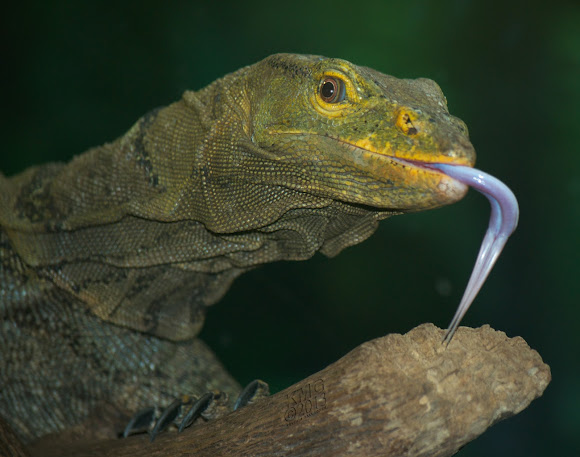 The Gray’s monitor is one of the largest lizards in Asia, growing up to five feet in length from the tip of its snout to the end of its tail and weighing up to 20 lbs. It is olive green in color, which provides the cryptic coloration it needs to blend into its surroundings and avoid detection. Its feet have five long, well-developed claws that help it climb and grab the fruit it eats. Its teeth, unlike other monitor lizards, are blunt, which helps them pick fruit and crush snails.

The Gray’s monitor (or "Butaan," as it is called by the locals) can be found on only a few of the islands in the Philippines, primarily on Luzon and Polillo. It spends most of its time in the trees of the rainforests. DIET: The Gray’s monitor is part of a small group of Asian monitors that eat fruit as the main part of their diet. As a juvenile it eats snails, crabs, and insects, continuing to do so into adulthood as a supplement to fruit.

Until its rediscovery in the 1980s, the Gray’s monitor was believed to be extinct.