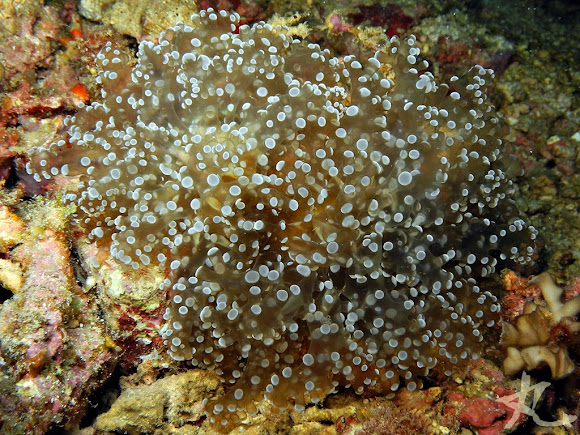 Euphyllia coral species are basically an anemone-like animal that secretes a skeleton and has tentacles (they even play host to commensal shrimp, just like sea anemones). The polyps form colonies which are joined together at the base. Euphyllia coral are reef builders. E. cristata has fat translucent tentacles that are extended during the day and night.

Found in a wide range of reef environments, at depths of 1 to 35m.

I see this coral at various depths in different dive sites. This particular specimen was in almost 20m of water at the San Juan dive site, Samal Island. It's a very small colony, only about 30cm across.

This coral (and other Euphyllia) looks like jell-o. :D