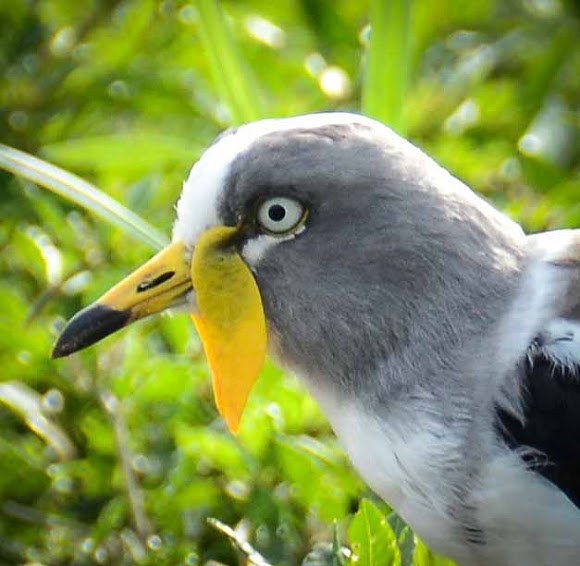 This lapwing belongs to the group of largish waders in the family Charadriidae. It is a resident breeder in most of sub-Saharan Africa outside the rainforests, although it has seasonal movements.

Next to a waterhole close to Lower Sabie.

This species is a common breeder in wet lowland habitats, especially damp grassland. It often feeds in drier habitats, such as golf courses, picking insects and other invertebrates from the ground. It lays three or four eggs on a ground scrape. This species is more solitary than other lapwings, being found singly, in pairs or small groups even outside of the breeding season. Sadly, the species is hunted and traded at traditional medicine markets in Nigeria.

Thank you very much Maria :)

Thank you all for the comments! This bird was a first-timer for me. I agree that those wattles was a bit ehm, prominent :)

I am extra happy for you kdpicturemaker, that you find project noah so inspiering. So do I, and the community and the members here have inspired me to walk on new paths in life! Nature is fantastic indeed!

so true KD! There is a treasure chest out there!

Thank you for sharing these images. It amazes me how many different species are still out there and it is through this site that I will continue to be amazed with each new creature. There would be so much more out there we have yet to see, and more we have already lost and not seen.

I am not sure I would want his wattles, it looks like they would get in the way! Cool bird!