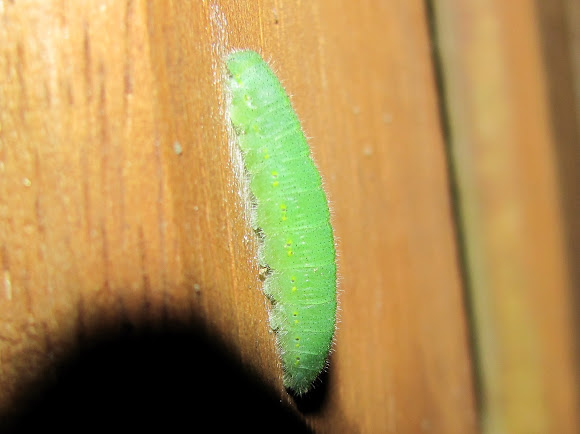 The Small White (Pieris rapae) is a small- to medium-sized butterfly species of the Yellows-and-Whites family Pieridae. It is also known as the Small Cabbage White and in New Zealand, simply as White Butterfly. The names "Cabbage Butterfly" and "Cabbage White" can also refer to the Large White. The butterfly can be distinguished by the white color with small black dots on its wings. They are distinguished from the smaller size and lack of the black band at the tip of their forewings.

It is widespread and populations are found across Europe, North Africa, Asia, and Great Britain. It has also been accidentally introduced to North America, Australia and New Zealand. The caterpillar of this species is seen as a pest for commercial agriculture. Often referred to as the "imported cabbageworm" they are a serious pest to cabbage and other mustard family crops.

spotted in my backyard