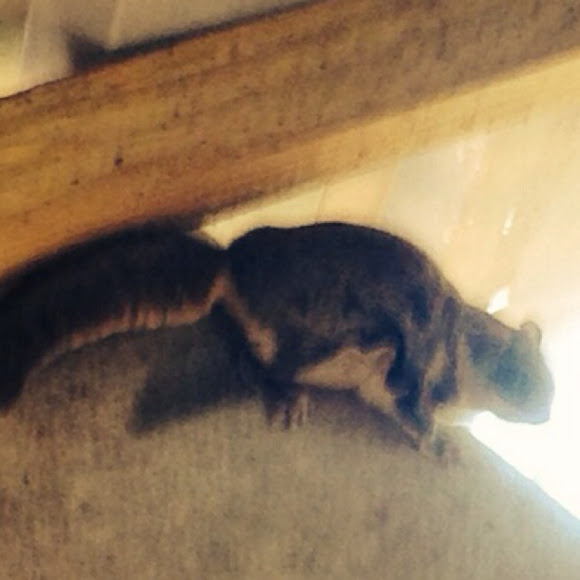 Southern flying squirrels have grey brown fur on top with darker flanks and are a cream color underneath. They have large dark eyes and a flattened tail. They have a furry membrane called a patagium which extends between the front and rear legs, used to glide through the air.

The southern flying squirrel is found in eastern deciduous forests or mixed forests of North America. Large hickory and beech trees are more abundant in intensively used areas of their home ranges. Also, maple and poplar, as well as oak trees make favorable habitat. Although southern flying squirrels may be present in heavily wooded suburban regions, they never occur in large numbers in these areas.

Southern flying squirrels feed on fruit and nuts from trees such as red and white oak, hickory and beech. They store food, especially acorns, for winter consumption. They also dine on insects, buds, mushrooms, mycorrhizal fungi, carrion, bird eggs and nestlings and flowers. Predators include snakes,owls, hawks and raccoons. Domestic house cats can be dangerous to these animals. This little one likes to visit me when I'm in a tree stand.