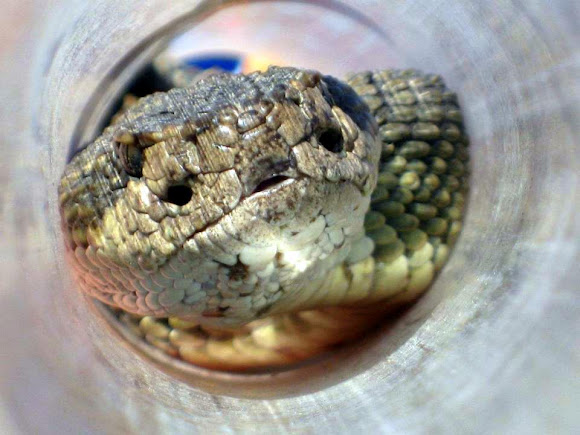 A heavily occupied den site which was investigated by WSU's student chapter of the Wildlife Society. We were guided by biologists John Rohrer, Kent Woodruff and Scott Fitkin. The first picture is of the inside of a capture tube, used to restrain the snake for PIT tagging. Pictures taken by Haley McDonel

Nice to see a snake being handled properly to protect both the snake and the handler!