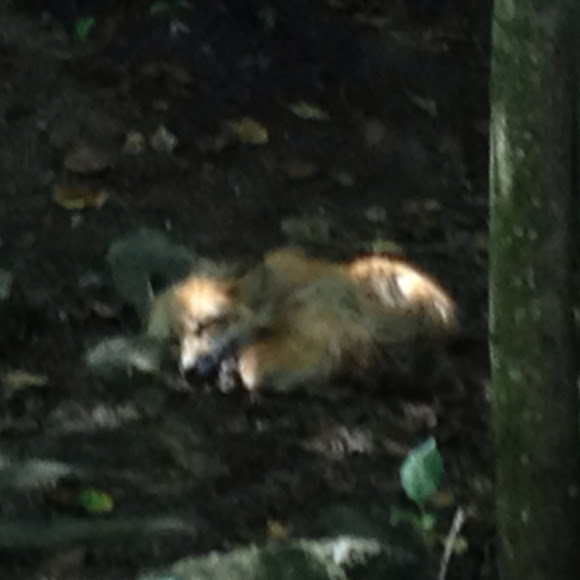 The red fox originated from smaller-sized ancestors from Eurasia during the Middle Villafranchian period, and colonised North America shortly after the Wisconsian glaciation. Among the true foxes, the red fox represents a more progressive form in the direction of carnivory. Apart from its large size, the red fox is distinguished from other fox species by its ability to adapt quickly to new environments and, unlike most of its related species, is not listed as endangered anywhere. The species primarily feeds on small rodents, though it may also target leporids, game birds, reptiles, invertebrates and young ungulates. Fruit and vegetable matter is also eaten on occasion. There very social animals.

The red fox (Vulpes vulpes) is the largest of the true foxes and the most geographically spread member of the Carnivora, being distributed across the entire Northern Hemisphere from the Arctic Circle to North Africa, Central America and Asia. Its range has increased alongside human expansion, having been introduced to Australia, where it is considered harmful to native mammal and bird populations. Because of these factors, it is listed as Least Concern for extinction by the IUCN. It is included among the IUCN's list of the "world's 100 worst invasive species".

The species has a long history of association with humans, the red fox is one of the most important furbearing animals harvested for the fur trade.Red foxes have a wide vocal range, and produce different sounds spanning five octaves, which grade into each other. Recent analyses identify 12 different sounds produced by adults and 8 by kits. The majority of sounds can be divided into "contact" and "interaction" calls. The former vary according to the distance between individuals, while the latter vary according to the level of aggression. The most common sound is " wow wow wow ".