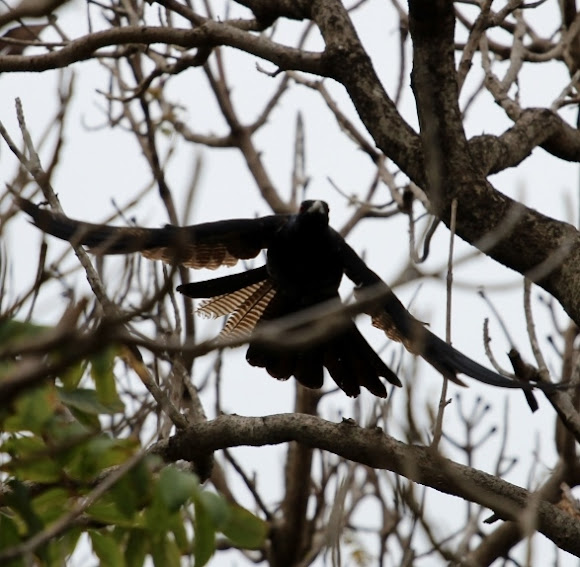 This male Eastern Koel is only the second of this species that I have seen in our backyard (the other one I saw about 12 months ago was a female). In late September and early October each year, Common Koels arrive in Australia from their northern winter homes to breed and, being brood parasites, they lay their eggs in the nests of other bird species. They have a very distinctive call, which you can hear by clicking the linked Birds in Backyards reference.