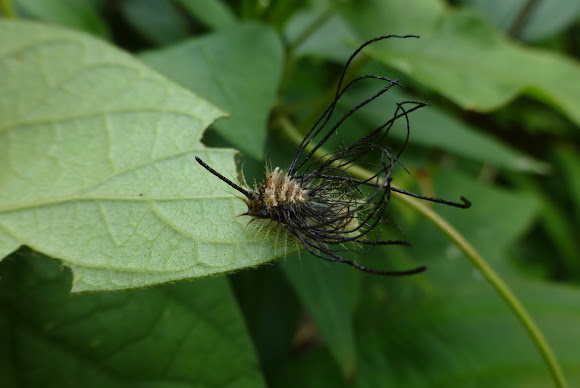 This is my 3,000th spotting on Project Noah. It's been an amazing experience for me joining the group, I've had some wonderful walks & experiences getting here, being totally blown away by the beauty that surrounds us, and amazed by some of the weird wildlife that I've come across, this spotting being one of them, plus having the luxury of seeing what other members have found & shared from their part of the world, so I would like to take this opportunity to thank those of you who have liked and commented, plus a HUGE thank you to those of you that have provided me with idents. I'm still pretty useless, I mean, I thought this was a caterpillar!! THANK YOU Project Noah!

Excellent! Cool stuff comes out of the tropics! Congrats on 3000; what a milestone.

Congrats on your 3,000th spotting!