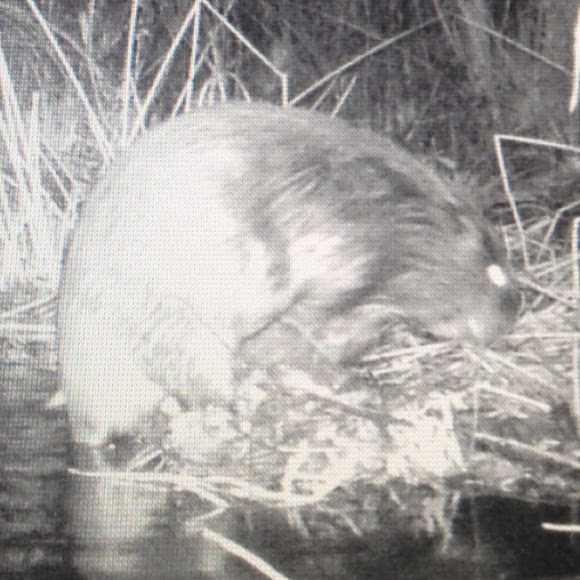 The habitat of the beaver is the riparian zone, inclusive of stream bed. The actions of beavers for hundreds of thousands of years [not specific enough to verify] in the Northern Hemisphere have kept these watery systems healthy and in good repair, although a human observing all the downed trees might think that the beavers were doing just the opposite. The beaver works as a keystone species in an ecosystem by creating wetlands that are used by many other species. Next to humans, no other extant animal appears to do more to shape its landscape. Beavers potentially even impact climate change.

Their colonies create one or more dams to provide still, deep water to protect against predators, and to float food and building material. The North American beaver population was once more than 60 million, but as of 1988 was 6–12 million. This population decline is due to extensive hunting for fur, for glands used as medicine and perfume, and because their harvesting of trees and flooding of waterways may interfere with other land uses. Beaver Dams- Beaver dams are created as a protection against predators, such as coyotes, wolves and bears, and to provide easy access to food during winter. Beavers always work at night and are prolific builders, carrying mud and stones with their fore-paws and timber between their teeth. Because of this, destroying a beaver dam without removing the beavers is difficult, especially if the dam is downstream of an active lodge. Beavers can rebuild such primary dams overnight, though they may not defend secondary dams as vigorously. (Beavers may create a series of dams along a river.)