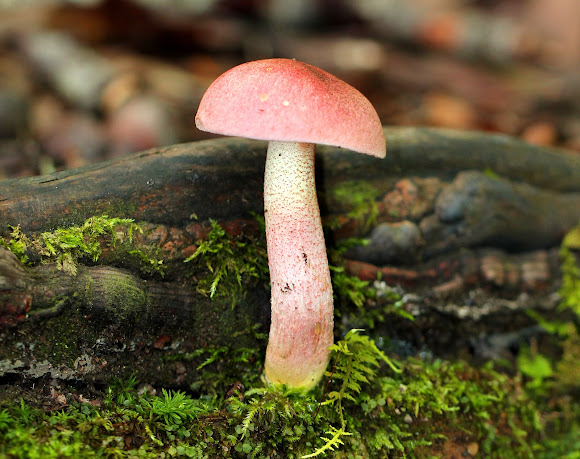 Gorgeous bolete with a pink cap, a chrome yellow stem base, and pink scabers on the surface of its stem. Pores were white and did not bruise.

Growing on the ground near tree roots in a deciduous forest.

"In its taxonomic history, Harrya chromapes has been shuffled to several different genera, including Boletus, Leccinum, and Tylopilus, and is known in field guides as a member of one of these genera. In 2012, it was transferred to the newly created genus Harrya when it was established that morphological and molecular evidence demonstrated its distinctness from the genera in which it had formerly been placed." - Wikipedia