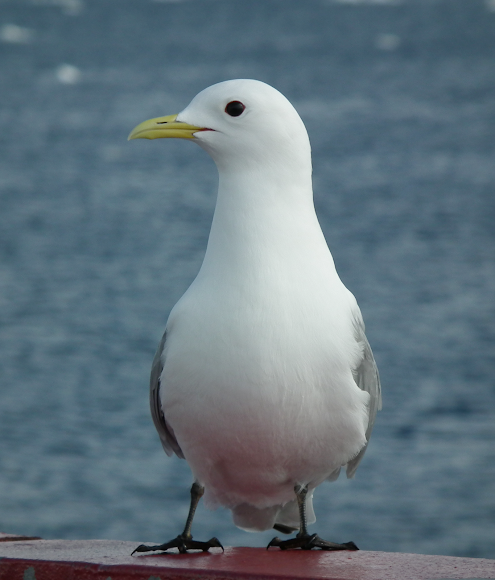 A medium-sized gull, very gentle looking mostly due to its large, dark eyes. These gulls followed us into the sea ice because they quickly learned we were giving them a free meal. As we moved through the ice, we disturbed small fish living under it, and the kittiwakes wasted no time in diving in! Check out the included video to watch this behaviour, and to see us moving through the Greenland ice margin!

Breeds in coastal areas, but unlike most gulls is actually very ocean-faring outside of breeding season. And seems to thrive quite happily far into the sea ice!

The first two pics are of a kittiwake that landed on our ship, took a quick look at the odd creatures on board, and then rejoined his feathered friends on the ice. The only bird species I saw every day in the sea ice.

Thanks guys! Glad you enjoyed the video too :D

Amazing Laura! Love the video too!

Thank you both! The bird in the first 2 pics posed really well for me :)