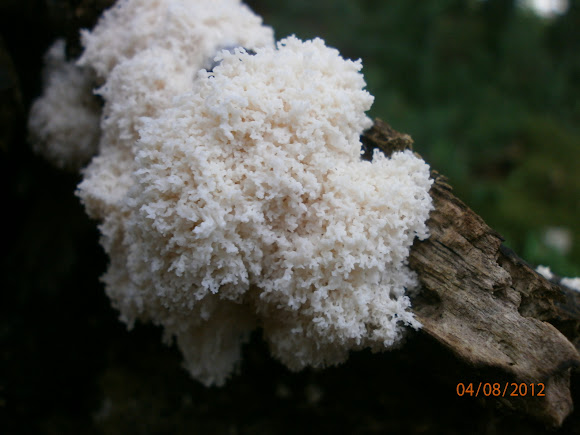 I think this is some sort of slime mould, a day later I took more pictures and it's fragile, creamy structure had turned into what you see in the last two pictures. In the first two pictures the texture seemed like whipped cream and when I rubbed it between my fingers it did partially turn to milk like you might expect whipped cream to do.

Who named the slime moulds! They had a fabulous sense of humour. I will be on the look out for moulds now and look forward to more slimy spottings here.

rat.tumour aka lipase 8 years ago

take a look at my fb-site, i have several identifcation-picture {confirmed under the microscope}

Looks like a Hericium coralloides, but in an advance state of degradation.