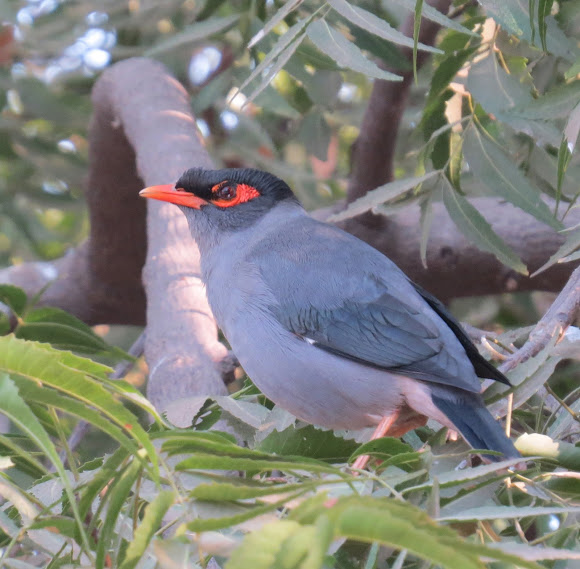 Like the common myna (Acridotheres tristis) but the beak and eye patch is a dark orange, not yellow. Pale band around neck. if you look closely it appears to have a thin moustache but not as bristly as the jungle myna (Acridotheres fuscus). The second spotting of a pair was taken two days later ( and perhaps should be in a separate spotting) but you can see the moustache clearly.

On a tree and electric pole ...quite common.

I first saw these birds many years ago at Ghaziabad near Delhi and at a cursory glance dismissed them as common myna...it was only after I saw the photos that I realized that the skin patch near the eyes was a deep orange. Apparently they get their name because they nest in holes on the banks of rivers.