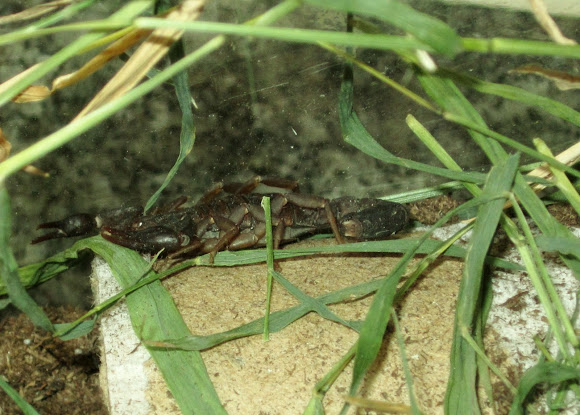 I found these two Plain Eastern Stripeless scorpions very close to each other, I believe the larger one is the female and the smaller is the male.

They hide under rotting wood or rocks.

The female seems a lot more relaxed than the little male. He's very feisty, but they are both doing well. I will release them in the next few days. Also, I have been stung, so I can say it was no worse than a bee sting for me, although I'm sure that would vary from person to person.