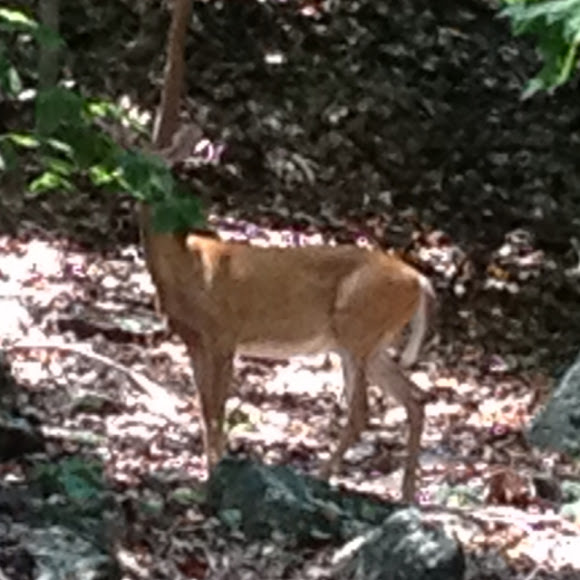 The white-tailed deer (Odocoileus virginianus), also known as the Virginia deer or simply as the whitetail, is a medium-sized deer native to the United States (all but five of the states), Canada, Mexico, Central America, and South America as far south as Peru. It has also been introduced to New Zealand and some countries in Europe, such as Finland, Czech Republic, and Serbia. In the Americas, it is the most widely distributed wild ungulate