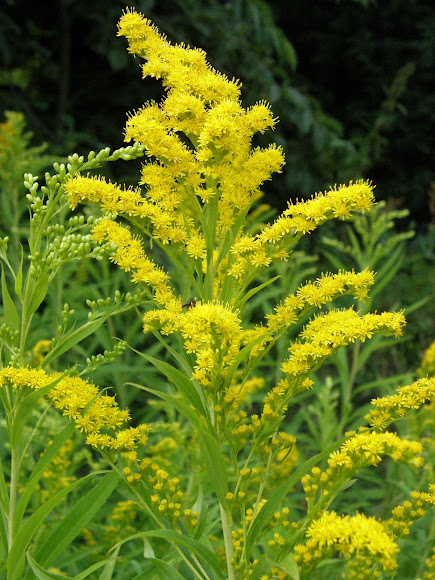 Is an herbaceous perennial plant of the family Asteraceae native to North America. It is often grown as a wildflower. The plant is erect, often forming colonies. Flowers are small yellow heads held above the foliage on a branching inflorescence.

In many parts of Europe and China, it is established as an invasive weed. It is found in a variety of habitats, although it is not shade tolerant. It typically is one of the first plants to colonize an area after disturbance (such as fire) and rarely persists once shrubs and trees become established. It is found neither in very dry locations nor in waterlogged ones. Can be seen from July until October.